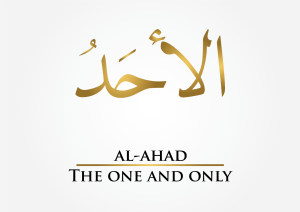 Other three Principles taught by Khwajah Shah Baha’uddin Naqshbandi (Q.S) as an additional three methods of training the students were:

Counting the Zikr for Awareness of Numbers (Wuquf e Adadi):

“Awareness of numbers” means that the Murid (Seeker), while reciting Zikr (Wird) should count his Zikr and follow up according to the order of precedence (Thartheeb). It is the traditional example taught by Prophet Muhammad (peace and blessings of Allah be upon him). All prayers, including ritual prayers ,formal prayers , voluntary prayers, and voluntary remembrance of God (Zikr) all practiced on certain numbers. You cannot say: I am praying four raka (Circle) Maghrib prayer, because you feel more attachment to God today!, you can only pray three raka for Maghrib, but if you still like to pray you need to follow the numbers and rows allowed for each prayer.

Counting Zikr is part of disciplining the heart and mind and to be focused on what is required in the time. This will help heart to focus on the Zikr and the One who purify the seeker who Sit’s in the Adkaar -the One and Only Allah Almighty.

Khwajah Baha’uddin Naqshbandi (Q.S) said: “Focusing on the number of Zikr is the first step in the field of acquiring spiritual knowledge!”

The daily spiritual practice (Awrad) are set up in three orders. First: it is to make intention to do Zikr, the intention also include the days of spiritual retreat (Khalwat or Riyada) and one should observe the number of days second, it has certain number to be recited.Third is the step by step order (thartheeb), and the Zikr has to be recited in this order.

The Prophet alaihiswalathu wa salam says: Narrated Abu Huraira: Allah has ninety-nine Names, i.e., one hundred minus one, and whoever believes in their meanings and acts accordingly, will enter Paradise; and Allah is Witr (one) and loves ‘the Witr’ (i.e.,odd numbers).  (Book #75, Hadith #419)

This are the mysteries of keeping a special numbers  for each Zikr.

The Quran gives examples that the Prophets were sent for 40 days retreat, three days seclusion and or isolation/ signs etc to equip them to receive certain divine blessings.

The numbers have a spiritual energy and a value. We can see how the digital electronics and satellite are working.

Only number that exist is Number One (1), rest remain as “Zero (0) , it is the one that give value to Zero. One manifest in Zero in various levels and equations and bring the miracles. Digital technology is based on 1 and 0.

When a person recite 100 la ilaha illa Allah it brings a value in the spiritual energy and make a positive effect in the Soul of the person who recite the Zikr.

When a person use computer , he put A to Z words and 1 to 0 numbers and the digital technology read it as Zero and One (0 and 1) mode, which then reverted and displayed in the screen in an understandable words.

The Awliya Allah were known the miraculous powers of Numbers and the essential way of arranging Zikr in numbers and order.

Counting the Zikr repetition is part of proper manner in the tariqah (Spiritual Way). One who does Zikr without counting it falls into heedless stations.  Conscious breathing and consciousness of numbers are essential parts for a follower to progress in this way.

if a person misses the Zikr, he must do as soon as he is able to do it. The Prophet (alaihiswalathu wa salam) says: “Whoever misses any part of Wird (essential supplications) or portion (of reciting Quran) at night, and reads it between Fajr prayer and Zuhr (noon prayer), it will be as if he read it all night” (Sahih Muslim 747, Musnab Ahmad 377-Chapter Musnad Umar Ibn Khattab)

The Seeker should count his Zikr in a manner , as if he feels he is sitting in the presence of Allah the Mighty and Sublime!.

Because every action begin with intention (Niyyah)and rewarded according to the Sincerity.  Counting Zikr is part of attentiveness to engage with it completely and to disregard other things and to guard heart from falling to heedlessness.

Quran 54.52. And everything that they did exists (recorded) in (their) notebooks (of deeds):

Quran 72:28 “This is to ascertain that they have delivered their Lord’s messages. He is fully aware of what they have. He has counted the numbers of everything”

Imam Malik narrates in his Muwatta: Yahya related to me from Malik from Abu’z Zinad from al-Araj from Abu Hurayra that the Messenger of Allah, may Allah bless him and grant him peace, said, “By the One in Whose hand my self is, the smell of the breath of a man fasting is better with Allah than the scent of musk.’ He leaves his desires and his food and drink for My sake. Fasting is for Me and I reward it. Every good action is rewarded by ten times its kind, up to seven hundred times, except fasting, which is for Me, and I reward it.’ ”  (Book 18, Hadith 18.22.58)

Example:Imagine if a treasury gate is left opened , and so many people coming in, the watchman is not there to count and regulate the people and to safeguard other than the appointed people entering in it. What will happen? So robbers will enter in the treasury and steal the wealth. But if there is a guard near the gate, and he is recording who is entering inside the treasury and keeping a record , that time he is making sure the right people have come inside and the correct duties are undertaken there.

Therefore awareness of numbers and counting the Zikr repetition eventually make a seeker to safeguard his heart from everything other than his Creator.  He will observe what is coming in to his heart and he regulate the flows that is coming into the heart.  By counting one does not over burden himself, this is how a Seeker benefit from Counting the Number and keeping awareness of the Zikr he is doing. It has been narrated in Hadiths that the Prophet alaihiswalathu wa salam, instructed Sahaba with specific number of Zikr for different occasions.

This is only an introductory note , by following a true Shaykh, one may reach further inner understanding of the methods and Sufi principles .
Wa salamun alal Mursaleen walhamdulillahi Rabbil Aaalameen

Bismillahi Rahmani Raheem.. May peace & blessings of Allah upon our beloved Prophet (SAS)

Dear brother,
you gave me vast information.thanks for your kind help. how many days i have to recite 1000 x Salawat to Prophet (PBUH).
where r u right now, in India or UK?

Bismillahir Rahmanir Raheem
You can make intention to recite 40 days and see how it goes, and if you have dream of any Shaykh coming to you/to your home/you making bayat/or giving you some advise/giving you something in your hand
then you must follow that one and accept that shaykh with full heart and accept the zikr he give to you…

tarikat is not membership business…

Like other groups and other tarikat and other murids in every tarikat, I do not do membership business in tarkat

But if you wish to follow from your deep heart without doubt or second thought , Mawlana Shaykh Nazim Al-Haqqani (Q.S) and be in part of the Jama’th of Waliyullahi Shaykh Abdul Kerim Al-Kibrisi (Q.S) I can initiate you to Naqshbandi Tarikat…

I ask you to recite Salawat Nabi, for you to have an assurance about the Shaykhs, before coming to this way..
Whoever I met in my life, have come to this way, including so many murids and some khadims of other Shaykhs….
except tijani people, because their tarikat has a unusual rule that, you cannot be part of other tarikat or cannot attend zikr or salawat of other tarikat or other groups…

but our way says, “Whoever invite you to something good (i.e to remember Allah and make Salawat on Prophet) then accept invitation (Hadith)

It might be a rule of Tijani Tarikat, but I do not accept such rules especially in this time of Fitnah, where people shall attend wherever there is a Zikr Majlis, if possible…

And Allah says in Quran: “Who can forbidden for you those things what Allah has made lawful for you?”

So, to follow Tarikat means to follow Quran and Sunnah according to the understanding of Muttaqin..(Zalikal Kitabu La raiba feeh, Hudan lil muttaqin), this is very important….

but guided one follow the understanding of the Muttaqin(2:2), Imams of the Salaf (the best people are my generation,then those after them and those after them-Hadith), “Mujaddid” of every century (Abu Dawud, Kitab Al Malhama) and those who are in authority among you (4:59)

And they have Assurance(Yaqeen) from their LORD…

But the other sects leaders, they have no spiritual lineage no assurance, no foundation…
Other sects founded in colleges,universities and from worldly certifications…