Haqq, Hasbuna Allahu wa Ni’mal Wakeel, La Hawla wa La Quwwata illa Billah Al Aliy Al Azim..
Radina Billahi Rabban wa Bil islami Deenan wa Sayyidina Muhammadin (Swalla Allahu Ta’ala alaihi wa Sallam) Nabiyan wa Rasoolan ……Shaykh Abdullah Al Dagestani (Q.S) as our Shaykh and master.Allahu Allahu Allahu Haqq. Allahumma Thabbit’hum alal Haqq, Allahumma Thabbit’hum alal Haqq..Allahumma Thabbit’na alal Haqq Bi Jahi Man anzalt alaihi Surat Al Fatiha..ameen.
Grand Shaykh, Grand Shaykh, Shaykh Abdullah (Q.S), when he was living, he said to me, that “Shaykh Nazim,I am seeing dream,I am dreaming last night,I am standing and looking and you also looking. In front of me passing young soldiers.Young people. But, they are all, when coming making salam to our grand Shaykh. And he wa saying to me, this young people they are Russian young generation. They should be all of them,the new ones, coming under the flag of Mahdi (A.S). They should be all of them coming to Islam. Tsar/emperor coming now to Russia. Sultan coming to your countries. In Uzbekistan,in Kurdistan, Kazakhstan, Bash-Kurdistan coming Khans. Sultan coming to Istanbul. German coming Kaiser. France coming king for them. Italian coming.
All these people, that they are making so many dirty things, all of them going and changing whole world,a new world. No more dirtiness,finish!

I hope that today, very holy, holy day today!. And Allah Almighty always sending His Divinely people with Divinely powers to change everything on earth. Therefore I am looking to him, he is one of them. All Russian, new generation going to be under the flag of the seal of Prophets It is a ..what saying?. Big …good tidings! good tidings!
Your country, Argentina, should be there a king also. Tsar,… from East to West, flag of heavens. Flag of the seal of Prophets, flag of our Master Sayyidina Muhammad (alaihiswalathu wa salam). Going to be everywhere. Pray for me also to reach that holy days, holy people. If they not holy they should be taken away!.

Guest: As you ask , as you told before.

I am weak one, weakest one.So powerful Saints from East to West. Today, they are on power. What happened on earth from dirtiness from those tyrants going away., going away,going away…and coming. Heavenly ones…Heavenly ones. I hope that , who is sending you to me here I am putting my seal on everyone!.And you should be with Mahdi (A.S) and Jesus Christ (A.S) Isa (Alaihi Salam).
Ya Rabbi, Ya Allah ..Ya Rabbi Ya Rabbi Ya Allah. Radina Billahi Rabban Wa Bil Islami deenan Sayidina Muhammad (alaihiswalathu wa salam) Nabiyan wa Rasoolan 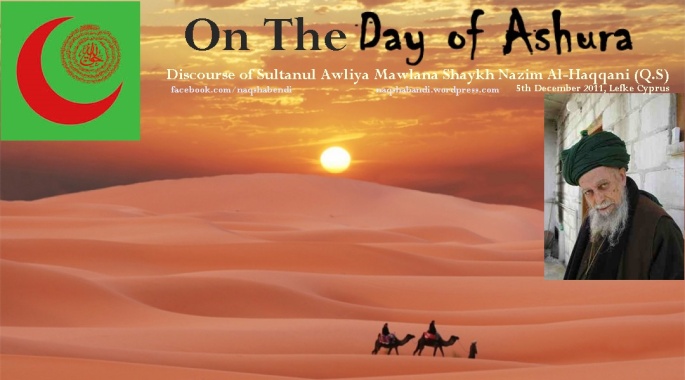